Short information in English on horseracing in Denmark 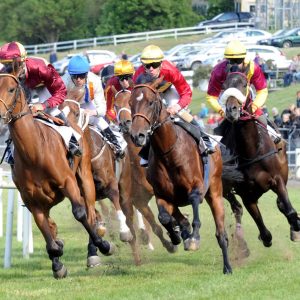 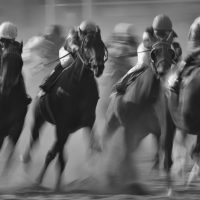 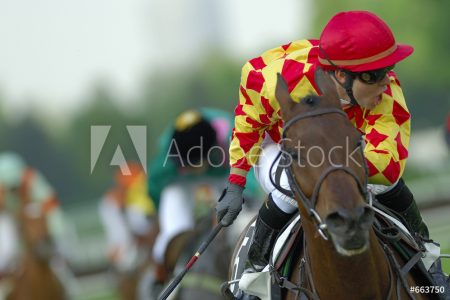 Here will you find information in English on horseracing in Denmark. Should you require any further information please do not hesitate to contact us.

Enter a horse to run

Horse racing can be seen as many things – a sport, an industry, a profession, a hobby and a social event. In Denmark it is the sixth largest sporting event in terms of average spectators and growing every year in attendance and support.

People have been racing horses from time immemorial, since the competitive spirit was born and bets could be wagered. Horseracing in Denmark is mainly thoroughbred flat racing and the development of the thoroughbred horse can be traced back to England and three founding sires: The Darley Arabian, The Godolphin and The Byerly Turk – each called after their owners respectively, Thomas Darley, Lord Godolphin and Captain Robert Byerly.

These three stallions were taken to England in the 17thand 18th centuries and mated with the racing mares of the day in order to improve the breed. At the time, the Arabian horses were selectively bred by the Bedouin noble families focussing on speed and endurance and were a much purer breed than any of the European horses. This new combination of Anglo and Arab stock was a speedy success and soon became a vastly superior breed to its contemporaries. All thoroughbreds you see racing today can trace their lineage back through their sire’s (father’s) line to these three “Foundation Sires”.

It was around this time too, mid-18thcentury, that horseracing became the first regulated sport in Britain with the formation of the Jockey Club, before this most races had taken place between just two horses, known as “match races”. With the establishment of the Jockey Club and a new streamlined, bred-for-speed horse the world of horseracing was about to take off!

Surprisingly, Denmark has a long tradition with the “Sport of Kings” – though perhaps not as prevalent in the common consciousness as in the likes of England or Ireland. The first organised race to take place in the Copenhagen area was in 1770 and was staged where Fælledparken is now. Initially the idea of King Christian VII, who’s English-born Queen Caroline Mathilde had a huge interest in horseracing – a sport that was veritably exploding with popularity amongst the gentry inEnglandat the time. Unfortunately these races were short-lived and eventually cancelled after two years and it wasn’t until 1832 that organised racing would again grace the Danish shores.

The “Foreningen til der Ædle Hesteavls Fremme”, known as Dansk Galop or the Danish Jockey Club today, was established in 1859 by Lensbaron Georg Frederik Otto Zytphen-Adeler. After a number of successful seasons at Slagelse, it was decided to hold racing at Ermitagesletten in Dyrehaven. From 1870 this was a yearly ritual until racing in Copenhagen relocated to the venue at Klampenborg in 1910 where it has remained to this day.

Like then, racing still provides us with an opportunity to experience the power and majesty of these awe-inspiring animals.  It’s not many sports bring you so close to the action and allow you to be a part of it by way of wagers or betting with Dantoto. Horseracing in Denmark lets you experience all the highs and lows of this great sport without any of the restrictions you would find in other countries. The dress code is always casual; there are no “reserved” enclosures, only top-class facilities ensuring all will have a good time from the smallest in the purpose-built playground to the corporate group in the restaurant.